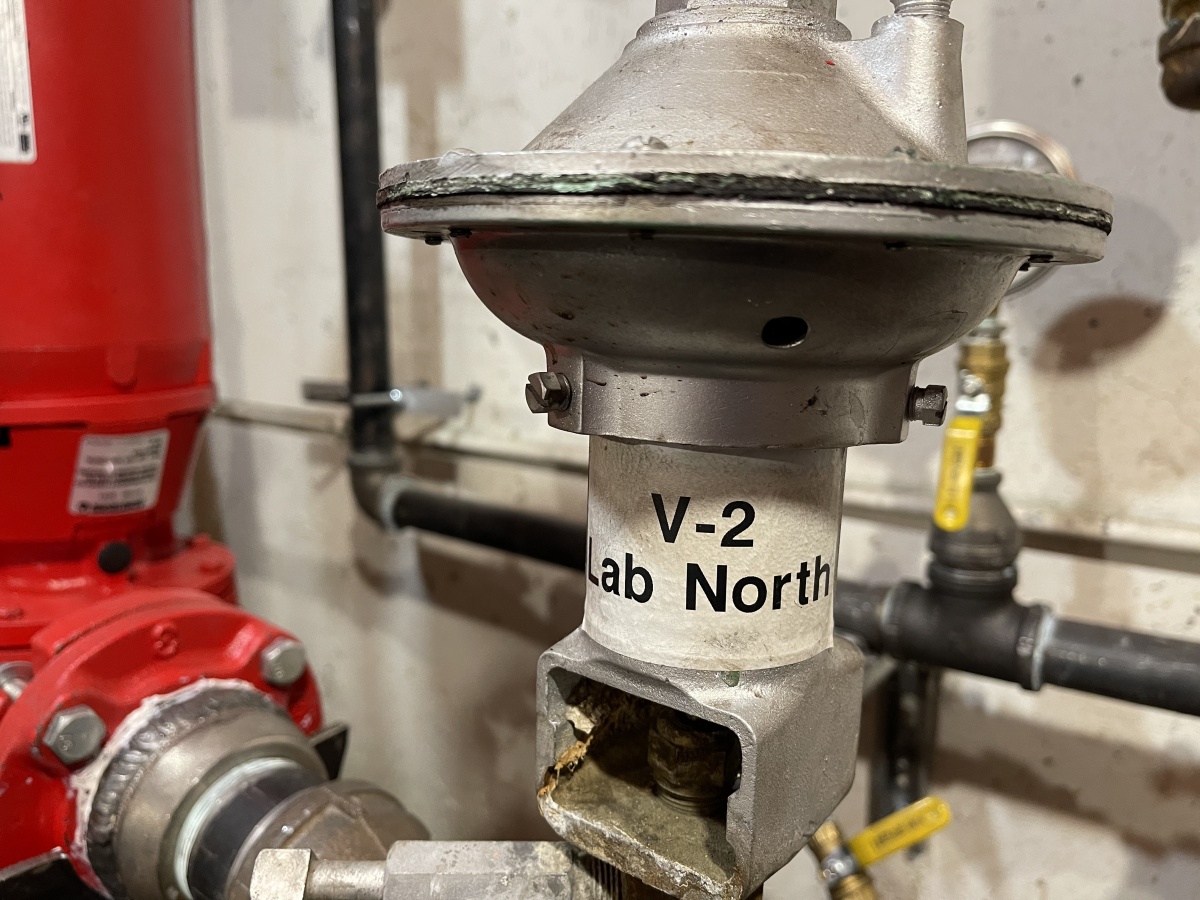 Just because it says “justice” in the name doesn’t mean that it’s concerned with actual justice.

On Friday May 6th, I was examined by the Department of Justice in preparation for my upcoming Class Action lawsuit agaist the Canadian Armed Forces for the events which occurred on Canadian Forces Base Namao from 1978 until 1980 and then from 1980 until 1983.

One of the issues that the DOJ seems to have is that I have a desire to undergo the M.A.i.D. procedure.

The D.O.J. seems to be of the opinion that I am not a suitable representative plaintiff for this class action matter as I have a desire to die.

Needless to say, my lawyer was a little taken back by this and he objected to counsel even asking me this question.

I had no problem explaining to the counsel for the D.O.J. that I could see myself holding on until the Class Action matter is settled. The D.O.J. wanted to know if that would still be the case if this matter was expected to take 10 years to resolve.

I need my name cleaned before I go. Right now I’m still the kid from CFB Namao that allowed, if not encouraged the babysitter to molest his younger brother. According to the military social worker, I was suffering from a mental illness called “homosexuality” and this is why I allowed the abuse to go on for over a year. According to the Canadian Forces National Investigation Service I am a “societal malcontent with an axe to grind against the Canadian Armed Forces”. According to the Royal Canadian Mounted Police I have an “Agenda”. And according to former Minister of National Defence Harjit Sajjan I “have an angle” and I’m playing “games”. And according to the Alberta Crown, what happened on Canadian Forces Base Namao was nothing more than “childhood curiosity and experimentation”.

Now, this isn’t my first tangle with the Department of Justice.

I dealt with the D.O.J. during my appeal to Federal Court to have the 2012 findings of the Military Police Complaints Commission quashed.

It must be remembered that I had absolutely no access to the CFNIS investigation paperwork during the period of the 2012 Military Police Complaints Commission investigation into my complaint against the CFNIS.

During the MPCC investigation the MPCC asked me no questions based upon information that was contained within the CFNIS documents.

So, when I received the un-redacted copies of the CFNIS investigation paperwork in February of 2013 I went through the roof.

So, I should have won right?

Just provide evidence such as emails, documents, and other information that would show that the CFNIS had conducted a very bad and biased investigation and the Federal Court would quash the findings of the MPCC.

Nope, that’s not the way an application for Judicial Review works.

See, any evidence that I provided in court to show that the CFNIS had conducted a laughably bad investigation which was not before the MPCC during its investigation of the CFNIS is considered “New Evidence” and is not allowed.

So, how was I supposed to know what was or what wasn’t before the MPCC? Who knows? Crystal ball maybe?

Now, you would think that an agency with the word “justice” in its name would be interested in the law and ensuring justice was seen to be done.

The Department of Justice is an agency that is dedicated to ensuring that the Government of Canada is not held responsible for the actions of its departments or its employees.

The Department of Justice is anything but.

In fact, as the D.O.J. represented the DND and the CAF in the civil action between P.S. and the DND, one can only imagine how much information the D.O.J. actually had in their possession related to the actions of P.S. back in 1980. The D.O.J. in representing the DND and the CAF from 2001 to 2008 would have obviously have had access to the court martial transcripts. Court martial transcripts that show that Captain McRae’s defence counsel in 1980 was well aware that P.S. had been investigated by the base military police and that P.S. had been receiving treatment for molesting young children on CFB Namao.

What did the D.O.J. care about during my application for Judicial Review?

Even though it was public knowledge due to the Lamer Report and the findings of the Somalia Inquiry that the pre-1998 military justice system was a complete shambles, and even though military personnel in the 2000’s and early 2010’s were voicing bitter concern about the inability of the military justice system to function properly, the only concern the D.O.J. had was to demand that the court strike all of the new evidence that I had introduced to show that the CFNIS had conducted a horrific investigation and that the MPCC had conducted a “dog and pony show” review.

The lawyer from the D.O.J. didn’t care one bit about the evidence that I had produced to show that the CFNIS had an agenda right from the start.

So long as my matter stays within the realm of the military and the military justice system, the CAF and the DND get to tell the Canadian public what did or did not happen on Canadian Forces Base Namao.

It is readily apparent that the D.O.J. is afraid of me.

The D.O.J. is afraid of the documents that I have, documents that prove with very high probability, that what I contend occurred in 1980 is more than likely what did occur.

The D.O.J. is afraid that my documents also imply that what happened on Canadian Forces Base Namao in 1980 also happened on various other Canadian Forces Base from 1950 until 1998. I don’t mean military chaplains molesting children. I mean commanding officers minimizing or dismissing charges related to child sexual abuse that had been laid against their subordinates.

Don’t kid yourself into thinking that the D.O.J. cares for one minute if I live or if I die.

They only care about the risk that I present to the Department of National Defence.

The D.O.J. has no concern about my desire for Medical Assistance in Dying.

To the D.O.J., my desire for M.A.i.D. is just a fact for the D.O.J. to argue that I should not be allowed to be the representative plaintiff. And by doing so, the D.O.J. can eliminate the threat that the CAF and the DND currently face.

I don’t mean to sound like I’m full of myself.

I have suffered greatly since those days plagued with never ending confusion over my gender and my sexual orientation.

I have suffered with very low self-esteem, self-hatred, and a very low opinion of myself.

I have flashbacks of the abuse.

I have suffered with never ending depression and anxiety.

But the one thing that has seen me through is my determination to clear my name.

Being limited with my social skills means that I have no problem dedicating time to researching.

The military justice system prior to 1998 was a disaster.

It was too prone to abuse, it was too easily manipulated.

Commanding officers had way too much power in matters of Criminal Code offences.

Yet no one to date has ever bothered to look at how those defects impacted the children that lived on the bases.

For example the DND and the CAF will often parrot that the CAF couldn’t prosecute for “Murder, Manslaughter, and Rape”.

Rape was a crime that didn’t apply to children when it was on the books. Boys couldn’t be raped as far as the criminal code was concerned. And for that matter girls under the age of 16 couldn’t be raped either.

For girls under the age of 16 there were two different charges applicable:
Sexual Intercourse with Female under the age of 14, or;
Sexual Intercourse with Female between 14 to 16.
These were crimes that the military COULD conduct a service tribunal for. And more alarmingly these were crimes that a commanding officer could simply dismiss the charges for.

For boys there were the crimes of Gross Indecency, Indecent Assault, and Buggery. What was a little different for boys though was that the Canadian Forces could only conduct a courts martial if “consent” was a possibility. Consent was the age of 14. But, the commanding officer could simply dismiss any charge for molesting a boy under the age of 14, much like was apparently done in the matter of Captain McRae in the lead-up to McRae’s courts martial in 1980.

And what really scares the D.O.J. is that in civil court all I have to do is convince a judge or jury that what I have to say is more believable than what the D.O.J. will say on behalf of the DND and the CAF. Civil litigation relies on the “preponderance of the evidence” unlike a criminal trial that relies typically on “beyond a reasonable doubt”.

Once my case is settled, the arguments that I made and the evidence that I used will be of public record, freely available for anyone else to use in either their own personal civil action or their own class action.

In a civil action I get to dispense with all of the gobbledygook and legalese that the D.O.J. will undoubtedly use to try to argue that the DND and the CAF acted properly.