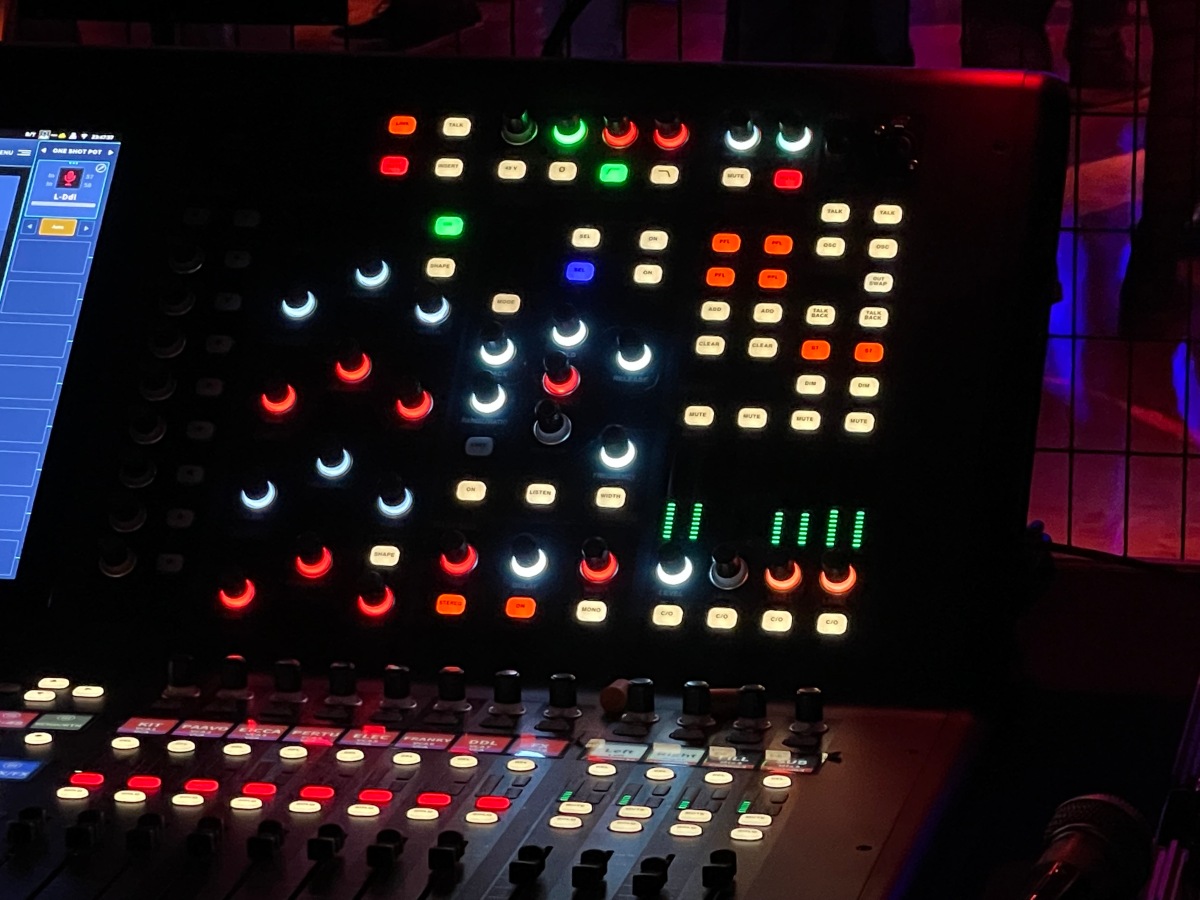 One curious person wonders why I talk so much about death.

And as my chances of receiving any type of justice from the Canadian Forces military justice system start to drastically dwindle, my resolve to apply for Medical Assistance in Dying becomes more solid.

In the next year I’ll probably discuss the procedure in more detail as I learn more about it myself.

I’ll also get more into my depression and my anxiety and how they caused numerous problems for me in my life. I’ll also hopefully be able to explain to you just how fucking hard it is for a male to get sexual abuse counselling in our society and how it is literally impossible for a former military dependent to obtain counselling that takes into account the military environment that they grew up in.

As I’ve mentioned previously, suicide is actually common in our society no matter the desire of the media to hide suicide from public view.

I also have no doubt in my mind that there are numerous suicides that don’t get reported as suicides whether that’s done to spare the family “shame” or if its done because the person finally succumbs to their injuries weeks or months after the attempt.

The above table indicates that between the years 2008 and 2018 six thousand one hundred and two people committed suicide in the province of British Columbia alone. And would you look at the age group that commits suicide the most frequently ……

Also what appears to not be incorporated into the table above is the number of Medically Assisted Deaths such as in the table below:

One of the most common things heard after someone successfully commits suicide is “I had no idea they were depressed” or “Why?”.

The son of one of my engineers at work committed suicide last year. This engineer was beyond distraught. So I had a talk with him. I told him that the only person who knows why his son killed himself is his son. If his son was determined to take his own life, there was absolutely nothing this engineer could have done to stop him. The engineer wanted to know if he had missed the signs that his son was depressed or sad. I asked him if he knew that I suffered from major depression and severe anxiety. He replied “no”. I mentioned to him my own struggles both in the past and currently. Knowing this seemed to put him at ease.

And I think that was always one of the fears that I had in the back of my mind. That when I decided to go that no one would understand why I went and that my father or the Canadian Armed Forces would be able to pass me off as just being insane or simply out to get attention. This blog details my justification for ending my life. I explain everything to the best of my ability. If and when I am able to undergo Medical Assistance in Dying there shouldn’t be any unanswered questions.

The fear of pain is another reason I have never been able to follow through on my attempts. Asphyxiation, bleeding out, jumping from heights, electrocution, pills, etc., none of these are without pain and prolonged suffering. I don’t like pain and I sure as hell don’t want to be hooked up to a ventilator for 2 weeks because someone “saved me”. That’s the nice thing about Medical Assistance in Dying. It’s done as humanely as possible. There will be no pain and there will be no suffering. And it will be very quick. One minute I’ll be alive. The next minute I’ll be completely unconscious. Then I’ll be in a coma. Then I’ll be dead. Supposed to take about 6 minutes from start to finish.

Again, I’m not afraid of death. I am afraid of dying. Death doesn’t bother me because I’ll be dead. It’s the process of going from living to dead that causes me concern. Most suicide attempts fail. With Medical Assistance in Dying I don’t have to worry. Everything will be looked after by professionals.

Being alone. As much as I want to die, dying alone would suck. Why do I have to scurry away to a hidey-hole to die like some sick or injured animal. That’s what I like the most about Medical Assistance in Dying. I don’t have to die alone. At the bare minimum the practitioner performing the procedure will be there. I don’t know who else I’d ask to be there. Don’t really have any friends and my family is more or less none existent. I’d like to keep my death a somewhat private affair.

And with Medical Assistance in Dying I know that my corpse will be looked after. Sure, I’m having some difficulty at the moment trying to figure out how to get my brain to go where I want my brain to go, but regardless my corpse won’t be found a week after I die due to the stench wafting out of my apartment.
But Bobbie, if your goal is to die, why do you care about your corpse after you die?
Simple.
Do you realize how much it fucks with someone’s wellbeing to stumble across a dead body?
Especially if they weren’t expecting it?
And as much as I desire to get out of here, fucking with others isn’t high on my list of priorities.

And as I mentioned at the top of this blog entry, I had always from a young age hoped and dreamed that P.S. would somehow be held responsible for what he did. But he won’t. Nor for that matter will Earl Ray Stevens. And as there is no heaven, hell, or afterlife, so telling me that they’ll be looked after in the afterlife is meaningless to me.

By holding P.S. and Earl responsible for what they did I was hoping for Richard to be held responsible for the shit he put me through as a result of the CFB Namao matter. Well Richard died in 2017, so getting even the slightest acknowledgment from Richard would be impossible.

As I told Sgt. Winship during our meeting, the one aspect of this whole event that I resent the most is that P.S. is loved by is father. Retired Sgt. J.S. couldn’t stop fawning over his son, how his son was the victim in this whole tragic affair, how the military never helped his son and how the military is to blame for his son going on to molest many more children over the years. P.S.’s sister D.S. lied on P.S.’s behalf. P.S.’s younger brother P.S. also lied on behalf of P.S..

My father lied to the CFNIS in 2011. And it wasn’t just that he forgot to mention something. The fucker outright stabbed me in the back and threw me under the fucking train. I guess he never got over Captain Totzke diagnosing me as a homosexual at age 9 and blaming me for “allowing” P.S. to molest my younger brother. He obviously never forgave me for “fucking with his military career”.

This nugget showed up in the copy of my Foster Care records that had been obtained by my lawyer for a different matter. I hadn’t seen this in the records that I obtained in August of 2011. Before CFB Namao I don’t think there were any issues between myself and my brother. At least I don’t remember any. After Namao we are getting flagged in Alberta and Ontario for “extreme sibling rivalry”. What changed?
Well, as it says in the except, my father disciplined my brother and I very differently. Whatever my brother got, I usually got twice as hard. Why?
Richard had determined that my brother was acting up due to what I had “allowed” the babysitter to do to him. And, due to Richard’s piss poor parenting skills, Richard came to believe that I was responsible for raising my brother. And if my brother got into trouble then I obviously deserved twice as much punishment because I wasn’t being responsible and looking after my younger brother.

So yeah, as you can see, there is a lot of damage.

Why do I think that death is the only answer to my problems?

Why do you think that living is something that I need to do?

40 years ago was the time to deal with my issues. 40 years ago treatment would have done something. Not now. Now is far too late. And the older I get the more the toxins of depression build up. The more regret builds up. The more time passes the more that “what could have been” eats at me from the inside.
Yeah, sure, the Escitalopram is keeping my severe depressions at bay and it nips my anxiety in the bud, but being medically numbed for the rest of my life does absolutely nothing for the constant replaying memories and the constant regret.

As I’ve said, if the abuse had been limited to P.S. grabbing my nutsack on one occasion, fine. But this asshole was extremely sadistic in his abuse. The memories of what he did to not only myself but the other kids is forever etched into my mind. And throw into the mix Captain Totzke’s “treatments” and my father’s absolute disdain, and you’ve got some very heavy duty toxins.

My meeting with Sgt. David Winship and Captain Chelsea St-Amand on Thursday April 21st, was the first time that anyone from the Canadian Armed Forces ever came to the realization that I can’t get any type of beneficial counselling through “normal” civilian channels. I wasn’t just sexually abused for 1-1/2 years on Canadian Forces Base Namao by P.S. and potentially Captain Father Angus McRae. I was also mind fucked for 2-1/2 years by Canadian Armed Forces social worker Captain Terry Totzke. Captain Terry Totzke’s rank of Captain and his determination that I was a “homosexual” at age 9 no doubt had a significant amount of influence on my father’s opinion of me and contributed to how my father treated me at home. Sgt. Winship agreed that the Canadian Forces had a very dim view of “homosexuality” back then and that the CFSIU investigation of Captain McRae for committing “Acts of Homosexuality” didn’t really help the matter.
Sgt. Winship indicated that the crimes of “Gross Indecency”, “Indecent Assault”, and especially “Buggery” were crimes that both parties could in fact be charged with implying that back then both parties would have been deemed to be culpable.
Sgt. Winship agreed that I can’t just deal with the sexual assault aspect without dealing with the Captain Totzke issues and the issues caused by my father. Civilian counsellors however are completely at a loss as to how I would ever have been involved with military social workers or how living in a military family at the time would have impacted how I was dealt with and treated in the aftermath of the CFB Namao incident.

March 2023 is when I find out what my possibilities are. I can bide my time until then. But even then, I will probably have a year and a bit before I can undergo the procedure and go to sleep and never be troubled by CFB Namao ever again.

So, you’re all welcome to follow along. I won’t blame anyone for not following.

All that I ask is that you don’t cast judgement on my decision.

It’s mine and mine alone to make.